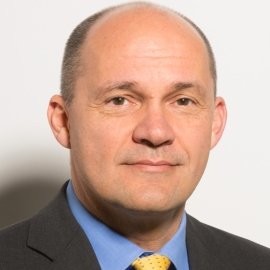 Professor at University of Graz

In 2011 he was appointed Full Professor of "Technology of Organic Synthesis" at the University of Graz. He has spent time as visiting scientist/professor at e.g. the Scripps Research Institute (La Jolla, USA, Professor K. Barry Sharpless, 2003), the Toyko Institute of Technology (Toyko, Japan, Professor T. Takahashi, 2008), the Sanford-Burnham Institute for Medical Research (Orlando, USA, 2010) and the Federal University of Rio de Janeiro (Rio de Janeiro, Brazil, 2013-2015).

The co-author of close to 500 publications, his current research interests involve process intensification technologies including continuous flow chemistry, in particular related to the continuous manufacturing of Active Pharmaceutical Ingredients (APIs). Professor Kappe is a leading expert in the fields of microwave and flow chemistry and has led multimillion Euro research consortia in these areas. He is currently the Founding Editor-in-Chief of the Journal of Flow Chemistry and has received several international awards for his research work. He has an extensive experience in teaching short courses and is active as consultant.